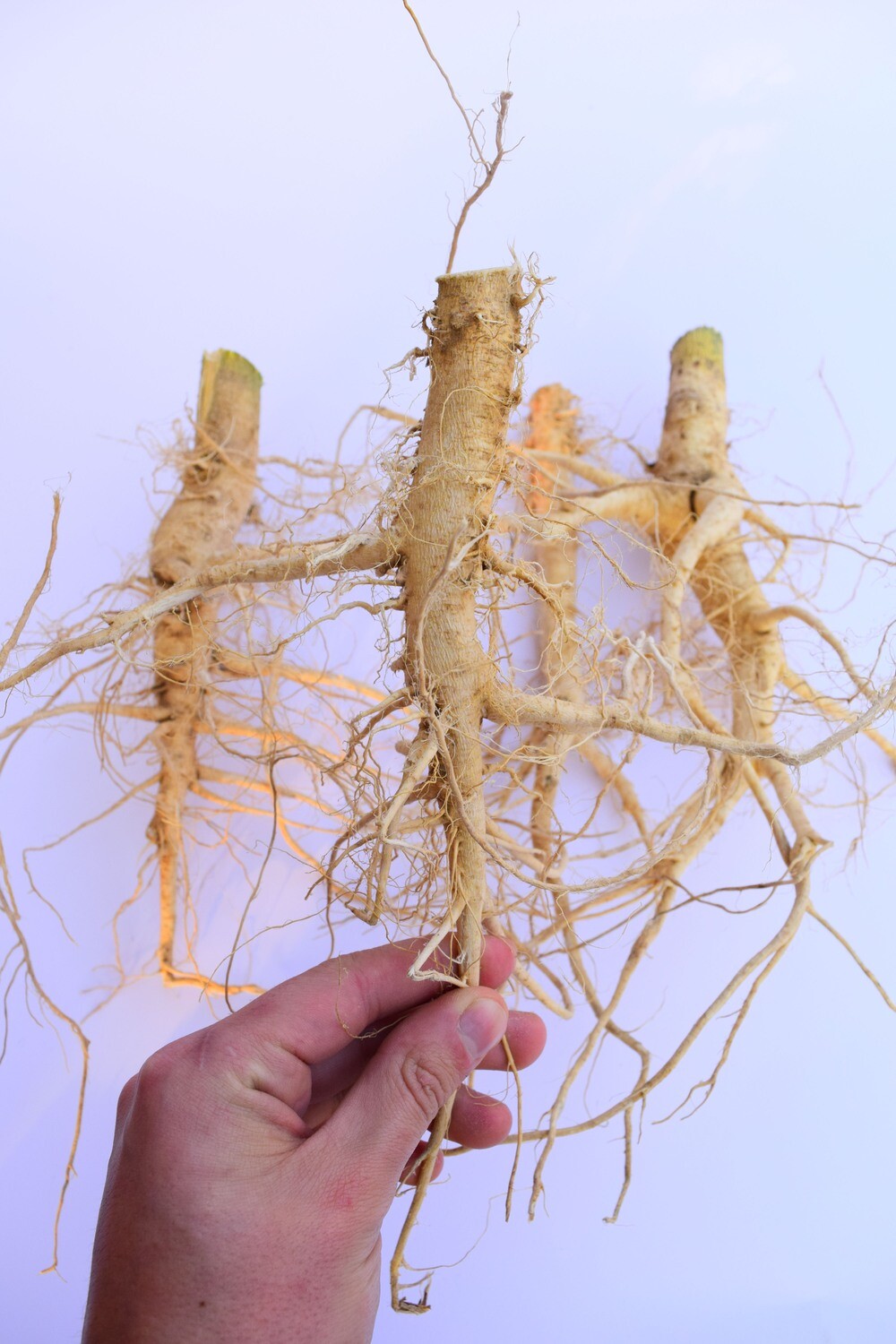 Our hemp roots are carefully washed under high pressure water stream and well dried in low temperature to save all terpenes, triterpenoids, alkaloids and sterols inside the root.

The hemp root is one of the most important parts of the entire plant. It can be mashed into a paste, dried into a powder, boiled down and concentrated into a thick, syrup-like texture, and smashed for juicing.

The very first record of hemp root being used for medicinal purposes in ancient China, in the third millennium BCE.

• Cannabis roots were valued for therapeutic purposes in many traditional cultures.
• Cannabis roots are rich in triterpenoids and other compounds that have signifcant anti-inflammatory properties.
• Hemp root preparations have been used to treat a wide range of conditions, including fever, infections, arthritis, gout and joint pain, and as an aid to women during pregnancy.
• The main route of administering cannabis root remedies has been via topical application.
• Cannabis roots can draw heavy metals from the soil and contaminated soil can produce toxic roots and harmful plants that should not be used to make medicinal products.

Here are 10 facts about hemp roots:

Hemp roots can be used in a multitude of ways to maximize its medicinal benefits:

FREE international shipping with tracking included. If you want DHL, DPD, TNT or UPS please contact us before ordering.

Save this product for later
Display prices in: EUR